Monday - September 27, 2021
On Tulsa
Your One Stop Site For Everything Tulsa, Oklahoma
Home › Posts Tagged "Review" 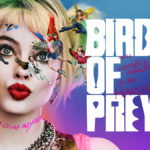 I like it when something cool comes from something damaged and terrible. For example, the DC Extended Universe. Initially, they were not off to a great start. They had a Superman who was mopey, grumpy, and seemed to save people not because he was compelled to help, but because he was afraid of being written up by his manager. They had a Batman who was not so much obsessed with punishing crime as he was having a psychotic break.* They also had a Harley Quinn trapped in a movie that didn’t deserve her. Perhaps you recall 2016’s Suicide Squad. It was a damn good concept for a movie, with the idea... Read More

Tagged: Birds of PreyMovie ReviewReview
OnTulsa.com is a directory and information guide for Tulsa, Oklahoma.
Discover the best of Tulsa shopping, restaurants, night life, breweries, events, business, outdoors, fun, local life, real estate, transportation, jobs, and schools.
Looking for what to do in Tulsa? OnTulsa.com has columnists, and bloggers to keep you up to date on the best of Tulsa, Oklahoma.